My journey has lead me to places within my soul I never thought possible. Growing up with a drug-addicted father and alcoholic mother; home life was a nightmare. I was taught how to take abuse. How to be seen and not heard. The teaching style was "fear bred respect." As I grew older I looked for others who treated me just like my parents did: with little regard. 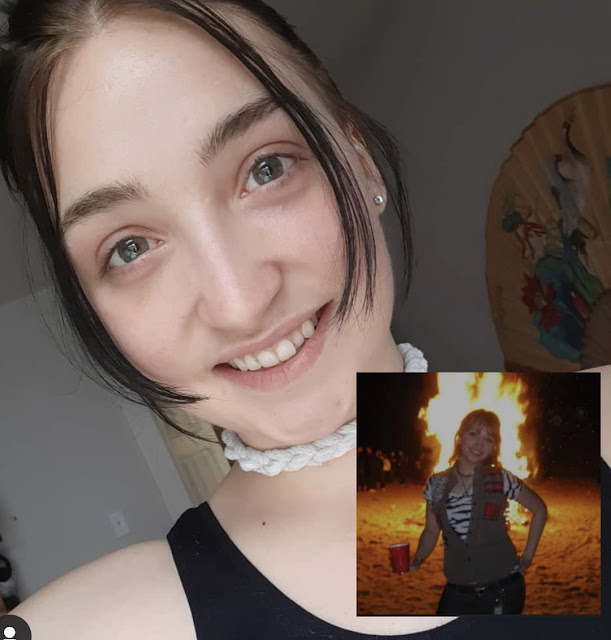 It pushed my emotional decay into overdrive and began having sex, cutting and drugs at 13. I knew how to keep secrets and before I knew it, I was living a double life. The boyfriends I had didn't know how much of a hold the drugs/partying had on me. My parents knew I was rebelling but also had no idea to what extent. I stayed in high school, played on 2 hockey teams and held a part-time job so people assumed I was just "tired". In reality, I was so high on speed, drunk and never taking the pharmaceutical drugs on time so I was all over the map. After 4 failed attempts of suicide, I had to move out on my own or I would never survive.
At 16 I left home and was told: "you'll never make it."
"Oh yeah? Watch me."
That was all the motivation I needed to prove to those who doubted me. I eased off the drugs just enough to stay under the radar of school teachers, my hockey coaches, my probation officer (already arrested at this point in my life) and the children's aid society. It all seemed to be easy enough to keep both lives separate but that level of secrecy can only be held for so long before it crumbles. And crumble I did. Another criminal charge was laid on me at 17. And 18. I was suspended indefinitely from high school for fighting 2 weeks before graduation but due to my attempt to graduate the Principals let me finish my work at home and still walk across the stage with my friends. Then I was sexually assaulted in my home by a stranger while I was underage and I lost my control on drugs. I was afraid to sleep so partying became my life. Soon after I operated a safe drug house where someone in it was awake at all times so my house was the party. Everything was great. 18 years old I had tons of "friends" and held a nightshift job. I had free drugs at my disposal cause I let people deal out of it. For 2.5 years living at that house, it was full of benders, horrible criminal decisions and more than a few overdoses put me in the hospital on my 19th birthday. I was told I passed out in the middle of the road and was found by a stranger who called an ambulance. There I was, 19 years old, alone in my home town in the hospital on an I.V. The nurses side-eyed me, the doctors had no bedside manners and bluntly told me to smarten up or get ready for an early death. I went out to celebrate my 19th that night after I was discharged. Fast forward to this year- I am 27 years old and celebrating my 2 years completely clean from alcohol and drugs. I have my own apartment. I work as a security guard and I have 2 amazing cats who are basically my therapy pets. I am in love with someone who is also in their own journey of recovery. My mom and I have a friendship that I never thought possible. My other family members still don't talk to me but that's alright. I am standing here a statistic of the hard work and perseverance. Whenever I worry about relapsing I remember that in the worst moments of my life I never gave up and whatever I face now will be nothing to what I have overcome.