My Recent Stay in a Mental Health Unit - Brodie

As some of you might know, I recently had a voluntary stay at the closest mental health unit. I stayed there for 5 nights in total.

I was in there originally because I was struggling with suicidal thoughts, I was not in a good head space. I called the ambulance because I did not feel safe. They took me to emergency where I stayed for 1 night until there was a bed available in the MH unit. 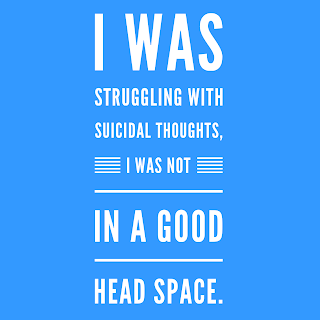 I had a lot of time to think and reflect. I practiced gratitude, I did guided meditations on YouTube and a lot of journaling. Being there really put into perspective what I want to get out of life, and what I want to funnel my time and energy into.
⁣
Although I was making some positive changes, it was hard not to feel intimidated in there; someone was tackled for being violent towards a nurse, drugs were snuck in, somebody rummaged through my bag and took some stuff. I was looking at the same white walls with no windows and nothing calming to look at. I just wanted to get out of there and implement these changes as soon as I could so I can build a better life for me, for my wife and for my family.

Before being discharged, I was diagnosed with Borderline Personality Disorder, which shook me to my core, but it also made a lot of sense considering how my mental health has been my entire life.

I did make some friends during my time in the unit and when I reached out to them, we had similar stories and passions - it was comforting knowing that I wasn't alone.